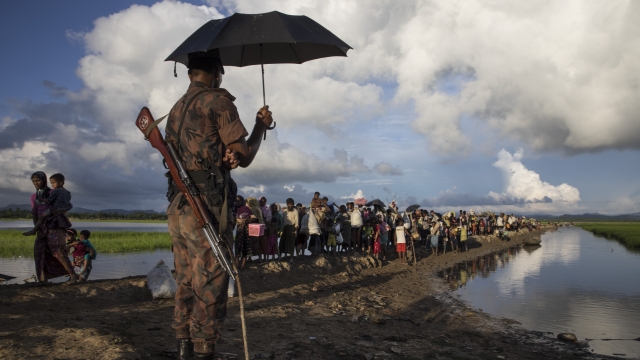 On Monday, the United Nations reported that 600,000 Rohingya Muslims still face the threat of genocide in Myanmar — and that the country's government is doing nothing to stop it.

Over the course of a two and a half-year fact-finding mission, U.N. investigators say they saw hundreds of thousands of Rohingya, a Muslim minority group, living in "deplorable conditions." They say security forces carried out "clearance operations" and subjected Rohingya to "torture and ill treatment," including gang rape, genital burning and murder.

More than 730,000 Rohingya fled to Bangladesh in 2017 after violent government raids. Now, the U.N. says the refugees may never be able to return.

Investigators from the U.N.'s fact-finding mission say they interviewed nearly 1,300 victims and eyewitnesses of the violence and have a list of more than 100 Myanmar officials they suspect were "involved in genocide, crimes against humanity and war crimes."

The chair of the fact-finding mission, Marzuki Darusman said, "Myanmar is failing in its obligation to prevent genocide, to investigate genocide and to enact effective legislation criminalizing and punishing genocide." He said the country should be brought before the International Court of Justice for human rights violations.

Myanmar has rejected accusations of wrongdoing in the past, but as of Monday afternoon it had not publicly responded to the U.N. report.