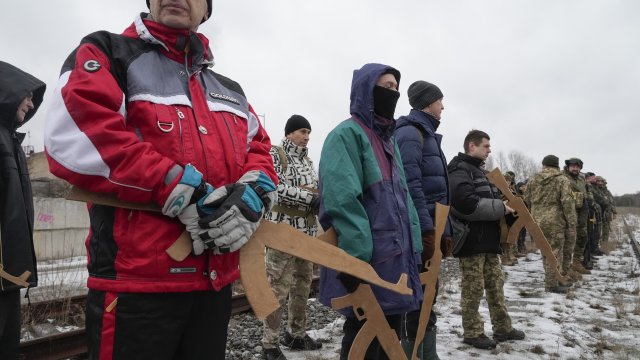 Opinions and emotions very amongst Ukrainians as to the severity of diplomatic tensions with neighboring Russia.

Only 130 miles away from Kiev the Russian army is conducting military exercises in Belarus, with reports that U.S. Intelligence has established that Russia has assembled 100 battalion tactical groups, plus special forces — a level once considered by Washington to be a credible invasion force.

As diplomatic efforts continue, the people of Kyiv carry on regardless with contingency plans being made by some. But to many the prospect of war is still not reality.