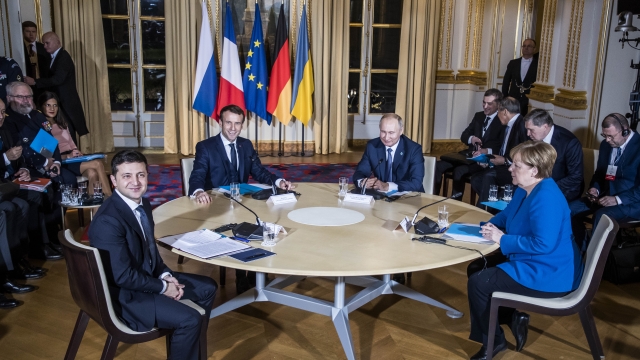 The meeting is the first time Putin and Zelenskyy have met face to face since Zelenskyy was elected in April. They met alongside French President Emmanuel Macron and German Chancellor Angela Merkel.

The focus of the talks is to resolve the five-year conflict between the two countries in eastern Ukraine. Since 2014, the Ukrainian government has been battling Russian-backed forces in the Donbass region.

According to the U.N., around 13,000 people have been killed in the region since the fighting began.

Ukrainians are concerned that Zelenskyy could be outmaneuvered by Putin in these talks, prompting fears the country could end up becoming more disadvantaged going forward.

A spokesperson for Zelenskyy said the Ukrainian president plans to hold a one-on-one meeting with Putin after Monday's talks.