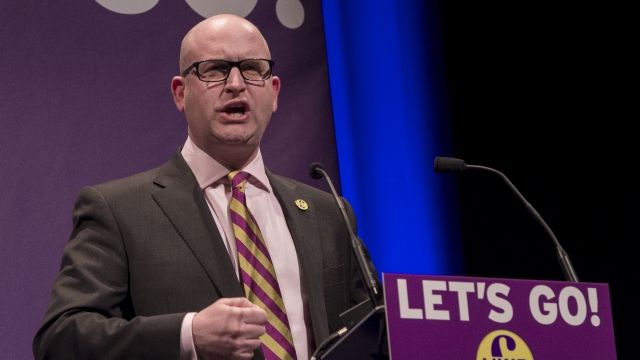 SMS
One UK Political Party Is Changing Its Stance On Burqas And Sharia Law
By Ethan Weston
By Ethan Weston
April 23, 2017
The leader of the United Kingdom Independence Party says he wants to make a burqa and Sharia law ban part of his party's platform.
SHOW TRANSCRIPT

One political party in the U.K. says it's making a burqa and Sharia law ban part of its platform.

This would be a major change in policy for the United Kingdom Independence Party, which stresses it's not becoming an anti-Islam party.

Instead, UKIP leader Paul Nuttall told the BBC it's all about integration and preventing a "parallel legal system" from forming.

In 2013, Nuttall said UKIP wouldn't try to ban the burqa. But he says comments from the former Equality and Human Rights Commission Chair Trevor Phillips changed his mind. Last year, Phillips said he was worried British Muslims were becoming a nation within a nation. 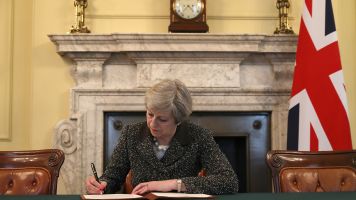 Nuttall also cited the "heightened security risk" in the U.K. right now and said burqas make it hard for video surveillance to be effective.

"If CCTV is to be effective in an age of heightened terror, you need to see peoples faces," Nuttall said.

Despite wanting to ban Sharia courts, UKIP hasn't set its sights on other religious legal systems. When asked about Jewish "Beth Din" courts, Nuttall said those are different. He also said UKIP wasn't proposing to ban them because the Jewish population is smaller.

And while this is a change in tune for UKIP's current leadership, it's actually not the first time the party has raised the issue. Former party leader Nigel Farage called for a ban on burqas and other similar veils back in 2010.

A poll from August 2016 found that a majority of the British public supported a burqa ban. But with only three members in Parliament, UKIP will need a lot of support to pass any burqa-related legislation.