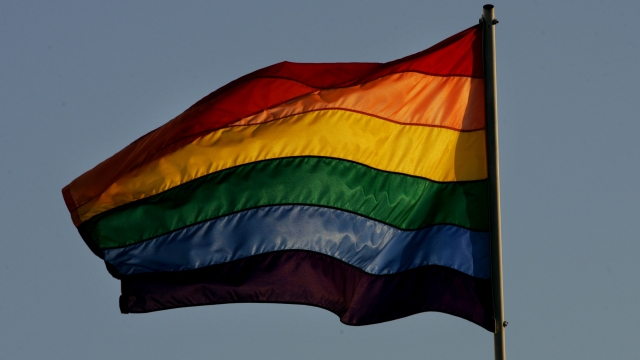 The British government will officially pardon gay and bisexual men who were convicted of sexual offenses that are now outdated.

The U.K.'s Ministry of Justice announced Thursday that thousands of men prosecuted for consensual same-sex relationships will have their names cleared under new legislation.

And that applies to both the living and the dead.

"I was not guilty of anything. I was only guilty of being in the wrong place at the wrong time," George Montague, who was convicted of gross indecency in 1974, told the BBC.

As Justice Minister Sam Gyimah said in a statement, "It is hugely important that we pardon people convicted of historical sexual offenses who would be innocent of any crime today."

The new Turing law was named after World War II code-breaker Alan Turing, who was convicted of "gross indecency" with another man in 1952. He died two years later.

In 2013, Turing was given a posthumous royal pardon, which led to widespread calls to pardon every other man who was convicted before the laws were changed.

Even author and playwright Oscar Wilde could be exonerated for his 1895 gross indecency conviction. But as The Guardian notes, the "complexity" of the evidence against him could make it difficult.

In all, the Turing law will pardon 65,000 men, the majority of whom have died since their conviction. The 15,000 others who are still alive can have the offense removed from their criminal records via a "disregard process."