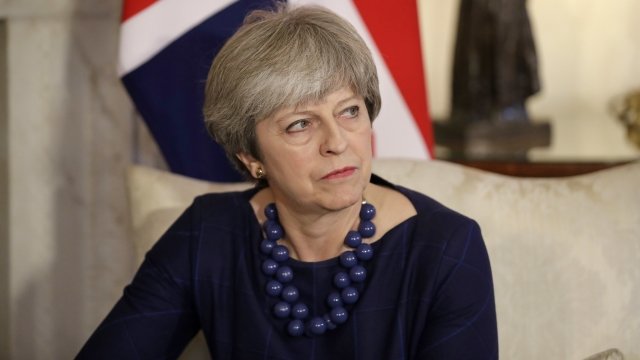 Top U.K. officials agree world powers should respond to a suspected chemical attack on Syrian civilians. But what that response would be wasn't so clear.

Prime Minister Theresa May met with Cabinet members on Thursday to discuss the alleged attack in Douma, Syria. According to a press release, the Cabinet agreed "on the need to take action" to "deter the further use of chemical weapons" by Syrian President Bashar al-Assad.

International investigators are due to begin work in Syria on Saturday to determine if in fact banned weapons were used. The group will not assign blame for the reported attack.

May's Cabinet agreed she should "continue to work" with the U.S. and France to coordinate a response.

President Donald Trump has said missiles "will be coming" for Syria, then injected some uncertainty as to when.