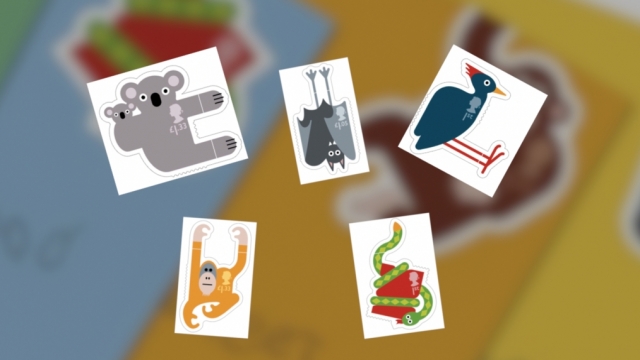 Monkey see, monkey do. That's what the U.K.'s Royal Mail is hoping will happen after kids see these adorable animal-themed stamps.

The Royal Mail says it created the stamps, affectionately dubbed "Animail," to get kids excited about sending and receiving letters.

In today's world of email and texting, it's easy to see how kids might not automatically think of the post office when they want to communicate with someone — except for sending that letter to Santa.

So in an attempt to attract kids, Royal Mail not only made its "Animail" stamps colorful, but also designed the characters to cling to the sides of letters.

The design choices make the "Animail" stamps quite the departure from the U.K.'s traditional Queen Elizabeth stamps.

Royal Mail is now selling its animal-themed stamps on its website and in 3,700 post offices across the country.