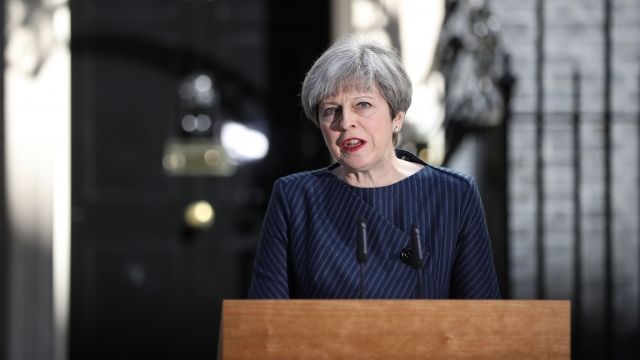 British Prime Minister Theresa May wants an early general election. And it's because of Brexit.

"At this moment of enormous national significance, there should be unity here in Westminster. But instead there is division. The country is coming together, but Westminster is not," May said in a press conference Tuesday.

May is a member of the Conservative party. On Tuesday, she accused the opposition of "political game-playing," saying they are fighting the Brexit negotiations with the European Union.

The Conservatives currently hold a slim majority in Parliament's House of Commons, with 330 of 650 total seats.

But May wants that majority to be stronger, so she announced the new general election will be held June 8. The next election was originally scheduled for 2020.

Prior to Tuesday's announcement, Downing Street had denied May would call a snap election. A spokesman told The Financial Times: "It isn't going to happen. There is not going to be a general election."

In response to the news, Labour Party Leader Jeremy Corbyn said he welcomed the decision. But First Minister of Scotland Nicola Sturgeon claimed May was "once again putting the interests of her party ahead of those of the country."

Two-thirds of Parliament must approve the early election. A vote is scheduled for Wednesday.