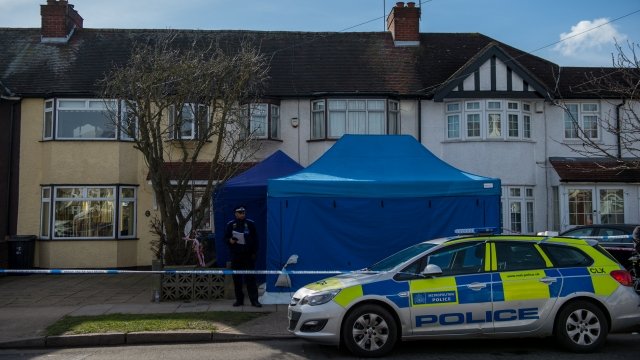 U.K. police have opened a murder investigation into the death of a Russian businessman who was a critic of Russian President Vladimir Putin.

Nikolai Glushkov was found dead in his London home Monday. Metropolitan Police said Friday that he died from "compression to the neck."

Investigators say there isn't any evidence to suggest his death is linked to the nerve agent attack on a former Russian spy and his daughter in Salisbury, England, earlier this month.

Glushkov, a former Russian state airline executive, was previously jailed in Russia following his conviction for money laundering and fraud. Russian media report Glushkov received political asylum from the U.K. in 2010. But Russia continued to pursue charges. Glushkov was convicted in absentia on embezzlement charges in 2017.

He was a close friend of Boris Berezovsky, a Russian oligarch turned Putin critic.

Berezovsky was found hanging in his ex-wife's home in England in 2013.

A British coroner was unable to determine whether Berezovsky was killed or whether he killed himself. Glushkov previously told The Guardian that he was "definite Boris was killed."

The Metropolitan Police said, as a precaution, its Counter Terrorism Command will continue to lead the investigation in Glushkov's death "because of the associations Mr. Glushkov is believed to have had."

Russia's Investigative Committee announced Friday that it has launched criminal investigations into the death of Glushkov and the attempted murder of Yulia Skripal, the daughter of the former Russian spy poisoned in the nerve agent attack.