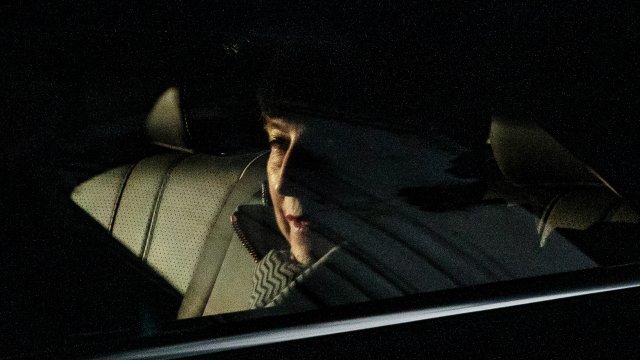 The U.K. Parliament is making it clear that a leadership change won't be enough to salvage U.K. Prime Minister Theresa May's Brexit deal.

May told members of her Conservative Party that she'd step down early if Parliament signed off on the agreement she negotiated with the European Union on Brexit. The Party would then hold internal elections to select a new leader, who'd pick up where May left off.

The promise of a new leader guiding the U.K.'s post-Brexit talks with the EU has tempted a few hardliners to back May. But there are still plenty of holdouts opposed to the deal — no matter who's in the prime minister's spot.

What's more, May's move failed to budge her coalition partner, the Democratic Unionist Party of Northern Ireland. This small political party holds 10 crucial seats in Parliament that can make or break May's majority — and they're not backing the Brexit deal unless major changes are made to how it handles the border between Northern Ireland and Ireland. 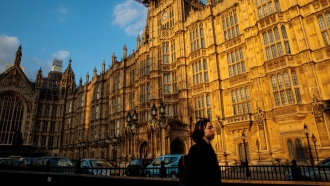 May could always try reaching out across the aisle for support, but if anything, her resignation pledge has driven the opposition even further away. The rival Labour Party has decried the "blindfold Brexit" choice of voting for May's deal without knowing who'll actually carry it out.

Parliament's shot down the current deal twice before, but it's still not clear what kind of deal the body might support. The members failed to back any of the eight alternative Brexit strategies presented to them Wednesday. Another series of similar votes is scheduled for Monday to try and find a way forward.

Before that happens, May is planning for another vote on Friday, this time just on the technical aspects of the deal. The government's hoping a vote on the less controversial aspects of the deal can win enough support, but members of Parliament haven't sounded receptive to the idea.