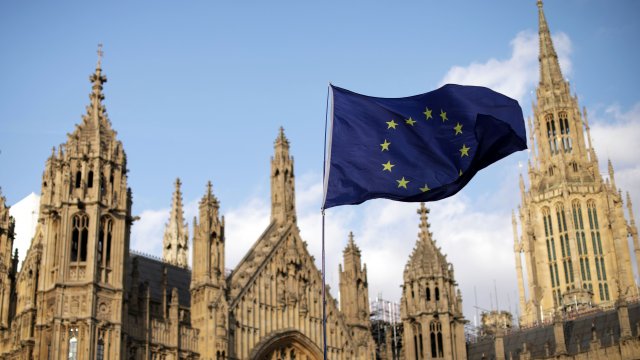 U.K. lawmakers have once again failed to agree on an alternative to Prime Minister Theresa May's Brexit deal.

On Monday, the House of Commons rejected four motions for leaving the EU. They included a no-deal exit, keeping a customs union with the EU, remaining in the EU's borderless single market for both goods and services, and a second referendum on Brexit.

The plan to keep a customs union with the EU suffered the narrowest defeat so far, losing by only three votes.

This comes after Parliament rejected May's deal for the third time last week. The U.K. now has until April 12 to let the European Council know what its next course of action is.

May will hold a meeting with her Cabinet Tuesday, while Parliament will hold another round of indicative votes Wednesday. European Council President Donald Tusk called for an emergency summit on April 10 to consider either another Brexit delay or to prepare for the U.K.'s departure without a deal in place.