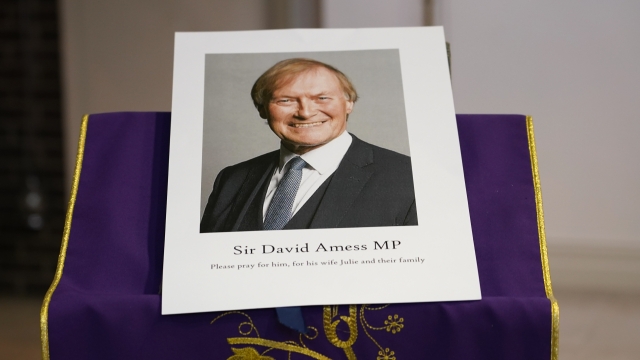 A 25-year-old man was arrested at the scene.

Police say the stabbing of a long-serving member of Parliament during a meeting with constituents was a terrorist incident, and that they believe the attacker acted alone.

The Metropolitan Police said in a statement released early Saturday that the early investigation into the slaying of Conservative lawmaker David Amess "has revealed a potential motivation linked to Islamist extremism."

Amess, 69, was attacked around midday Friday at a Methodist church in Leigh-on-Sea, a town about 40 miles east of London. Paramedics tried without success to save him. Police arrested the suspect and recovered a knife.