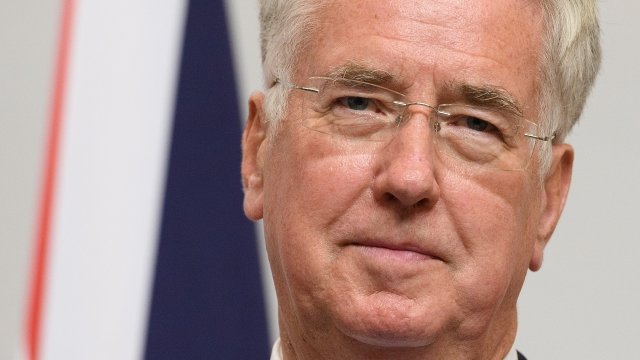 Michael Fallon is one of 40 conservative British lawmakers named in a widely-shared spreadsheet alleging sexual misconduct.

"In recent days allegations have been made about MPs' conduct, including my own," Fallon said in a statement. "I have reflected now on my position in government, and I am therefore resigning as defense secretary."

Earlier this week, Fallon admitted to inappropriately touching a journalist on the knee in 2002. The journalist has said Fallon apologized after the incident, that it wasn't serious and that she doesn't think the incident is the reason for Fallon's resignation.

"The Why" talks to the former Fox News host about her experience with sexual harassment in the workplace.

She told Sky News: "I am assuming there are more allegations to come."

Fallon is one of 40 conservative ministers and members of Parliament listed in a widely-shared spreadsheet detailing sexual misconduct allegations.

The anonymous allegations include things like "perpetually intoxicated and very inappropriate with women," "handsy in taxis," or just simply "handsy."

That list was followed by more specific allegations: One woman said she was assaulted in her House of Commons office, and another alleged drinks at a bar in Parliament were being spiked with date rape drugs.

In response to the reports, Prime Minister Theresa May tweeted: "Unwanted sexual behavior is unacceptable ... We must stamp it out."