The Brain Might Be 10 Times More Active Than Previously Believed 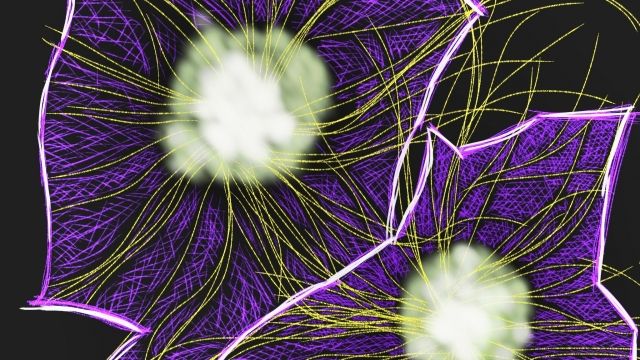 Researchers from UCLA may have overturned 60 years' worth of theory.

Our brains may be 10 times more active than they've been given credit for. This isn't some evolutionary leap, but a change in what we know about one of the brain's simplest tasks –– passing along information.

The nerve cells in our brain are called neurons. And while it's a little more complicated, think of them communicating to each other through two parts: somas and dendrites.

Previously, scientists thought somas were the active ones, creating electrical signals that the dendrites then just passively sent along to the next soma.

We've long thought spikes in the somas are how we learn and form memories.

But researchers at UCLA directly studied dendrites for the first time and found they produce almost 10 times more electrical spikes than somas.

We didn't think adult brains grew many new neurons, but areas that deal with facial recognition seem to create new ones as we get older.

And the way they fire is different, too. Somas are believed to follow an "all or none" principle, meaning they either give all their energy or stay silent.

But while the researchers found dendrites can behave based on the "all or none" principle, they also can spike at varying voltages.

"This is a major departure from what neuroscientists have believed for about 60 years," said Mayank Mehta, a UCLA neurophysicist and senior author of the study.

One of the researchers told CBS it's like discovering neurons communicate in a completely different language.

He added understanding this new language could lead to breakthroughs in treating neurological disorders, such as Alzheimer's.

And it could help us create computers that think more like humans.