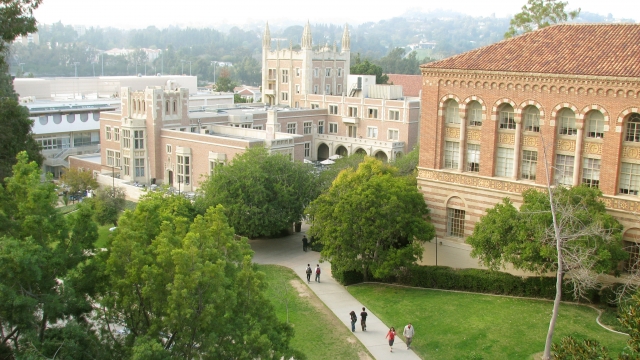 The Los Angeles police chief said a note was found near the bodies.

Two men were found dead on UCLA's campus Wednesday morning in what police now believe was a murder-suicide.

The campus was locked down after a shooting was reported at a UCLA engineering building, and both local and federal authorities arrived on campus to search for a possible active shooter.

UCLA students, who are still in school through June 10, were asked to go to a secure location until authorities lifted the lockdown shortly after noon local time.

Although Los Angeles Police Chief Charlie Beck told KNBC a note was discovered near the two men found dead, a motive has not been reported to the media.

The victims have not yet been identified.