Not Even Uber Can Get Away With Driving Without A Permit 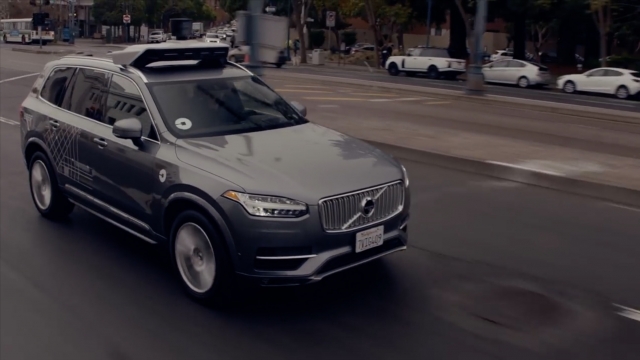 SMS
Not Even Uber Can Get Away With Driving Without A Permit
By Ryan Biek
By Ryan Biek
December 22, 2016
Uber was forced to stop testing self-driving vehicles in San Francisco.
SHOW TRANSCRIPT

Uber was forced to pull its self-driving cars off San Francisco roads after a week of controversy.

Before the ride-hailing giant even began its program in the city, California put out a release that said testing autonomous vehicles requires certain permits.

This wasn't a special case for Uber, either. The state's department of motor vehicles said 20 other manufacturers had already gone through the same process to test their cars.

SEE MORE: Uber Updated Its Terms To Ban Flirting Between Drivers And Passengers

But Uber said California's laws on autonomous vehicles didn't apply because its cars need a passenger to actively monitor things.

California's attorney general threatened to sue Uber when the company started testing, but ultimately the DMV found a quicker solution: It just revoked the registration for all 16 of Uber's autonomous cars in San Francisco.

With the registrations pulled, police could take any of the cars off the street.

Since then, Uber has said it'll push harder for what it calls "workable statewide rules" and that it's seeing where it can put these cars back on the street.

Uber started a similar program in Pittsburgh before testing began in San Francisco. The program in the Pennsylvania city is still going.

In a statement, a spokesman for California's DMV said it could take Uber less than 72 hours to get the permits if it applied for them.