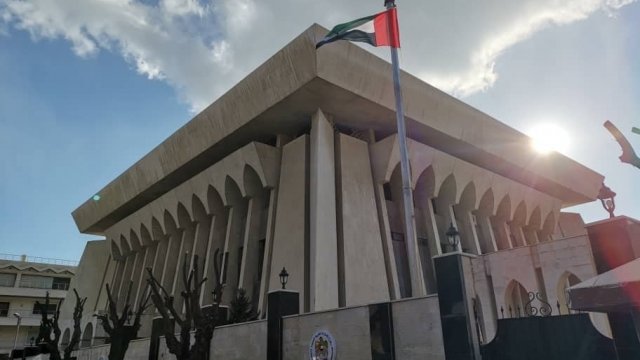 SMS
UAE Reopens Embassy In Syria After 7 Years
By Ahmed Jawadi
By Ahmed Jawadi
December 27, 2018
​The UAE closed its embassy in 2011 around the beginning of the Syrian civil war.
SHOW TRANSCRIPT

The United Arab Emirates opened its embassy in Damascus Thursday for the first time in seven years.

The UAE closed the embassy in 2011, around the beginning of the Syrian civil war. According to Human Rights Watch, that conflict has left over 400,000 people dead.

The UAE's move is a bit surprising, considering it supported rebels fighting against Syrian President Bashar al-Assad's regime. According to the UAE's foreign ministry, it reopened the embassy to help restore relations between the two countries, as well as to "prevent the dangers of regional interference in Syrian affairs."

The announcement comes just after U.S. President Donald Trump ordered the withdrawal of all U.S. troops from Syria.