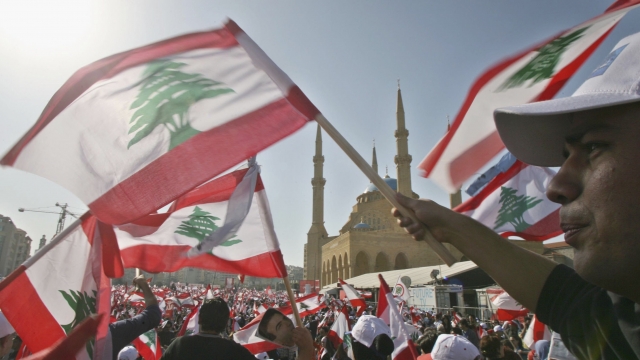 Reuters is reporting that the Trump administration is withholding $105 million in security aid for Lebanon, following the resignation of Lebanese Prime Minister Saad Hariri on Tuesday.

According to the outlet, two U.S. officials say the State Department told Congress on Thursday that the White House budget office and National Security Council had decided to withhold the assistance, but did not give a reason. The aid was reportedly for helping Lebanon, a major U.S. ally in the Middle East, defend its borders.

It's worth noting that U.S. officials have expressed growing concern about the presence of Hezbollah in Lebanon. The Iran-backed political party has been listed as a terrorist group by the U.S.

One official told Reuters that withholding the aid could open Lebanon to influence from Russia as it struggles with government instability and refugees coming in from Syria.

Hariri's resignation came after nearly two weeks of protests in the country that began with a proposed tax on Whatsapp phone calls. The government later dropped the proposal, but protesters shifted their focus and demanded government reform in response to the country's economic crisis and rising debt.

Prior to his resignation, Hariri failed to convince foreign donors to release $11 billion in assistance pledged at a Paris conference last year.

Protesters are demanding new elections, but it's unclear if or when that will happen.