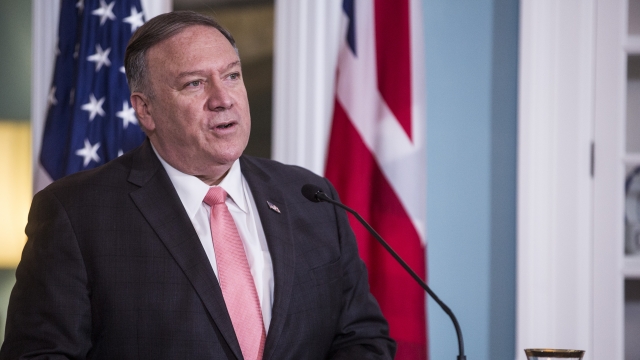 The U.S. is cutting $160 million worth of aid to Afghanistan.

The U.S. State Department said in a press release Thursday that it's pulling $100 million from a large energy project over "the Afghan government’s inability to transparently manage U.S. Government resources."

The U.S. will still be fulfilling its other commitments to the project, including five substations — just not monetarily.

Another $60 million in planned assistance is being withheld due to "lack of transparency ... by the National Procurement Authority."

Secretary of State Mike Pompeo said the U.S. "stand[s] against those who exploit positions of power and influence to deprive people of the benefits of foreign assistance."

When asked why the funds were pulled, Pompeo told reporters the U.S. wants "free and fair elections" in Afghanistan.

"We need every actor in the region, every leader, every citizen in Afghanistan to work toward that end. That has been our mission for quite some time. We are working to have a successful election in a couple of weeks," said Pompeo.

Afghan citizens will head to the polls at the end of the month for the country's presidential election. Current President Ashraf Ghani is seeking re-election for a second term.