How Turkey Is Complicating The US Withdrawal From Syria 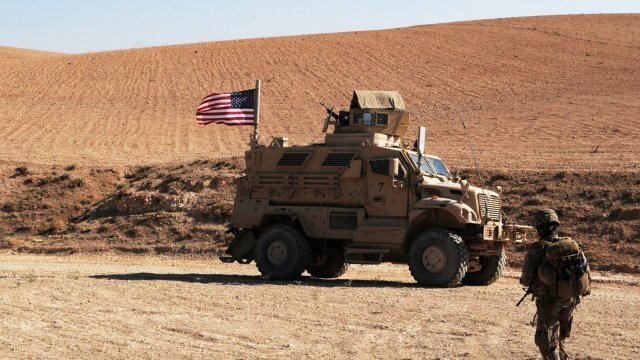 SMS
How Turkey Is Complicating The US Withdrawal From Syria
By Jake Godin
By Jake Godin
January 8, 2019
The U.S. withdrawal from Syria, if not done with certain guarantees from Turkey, could result in a protracted conflict between Turkey and the Kurds.
SHOW TRANSCRIPT

The U.S. is planning on exiting Syria at… some point. And there are a lot of factors complicating withdrawal...including one of the US's regional allies: Turkey

That's because Turkey's not a big fan of one of the U.S.'s other regional allies in the fight against ISIS — specifically, a Syrian-Kurdish militia.

The U.S. has dispatched both White House national security advisor John Bolton and State Department lead Mike Pompeo to try and clear things up. But getting Turkey to work with the Kurds after the U.S. leaves may prove… challenging.

Turkey is concerned that allowing the Kurds to dig in next door in Syria risks emboldening the Kurdistan Workers' Party, a Kurdish group in Turkey that both the U.S. and Turkish governments consider a terrorist organization. 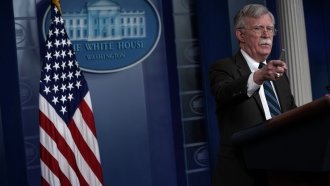 US Says There Are 'Conditions' To Be Met Before Syria Withdrawal

This is partly why Turkey carried out an military operation last year in Afrin, an enclave in northwest Syria controlled by the Kurdish People's Protection Units. Since then, Turkey has threatened to attack the group in areas where the U.S. is present.

While the U.S. felt no need to intervene in Afrin — it's not near any ISIS areas — Turkey now has its eyes on places where U.S. forces have been working with Kurds to clear out the last vestiges of the terror group.

In an attempt at playing peacemaker, U.S. forces stationed in Syria have frequently had to patrol parts of the country where the Kurds and Turkish forces are near each other. That kept things relatively stable.

But with the US seemingly prepared to leave, that stability could go out the window.