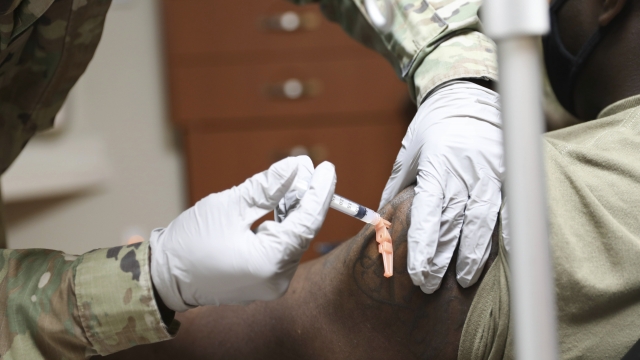 The vaccines were voluntary, but were given first to military and civilian health care workers and first responders.

They received the first vaccinations in the country.

There are nearly 29,000 American military personnel stationed in South Korea.

The vaccines were voluntary, but were given first to military and civilian health care workers and first responders.