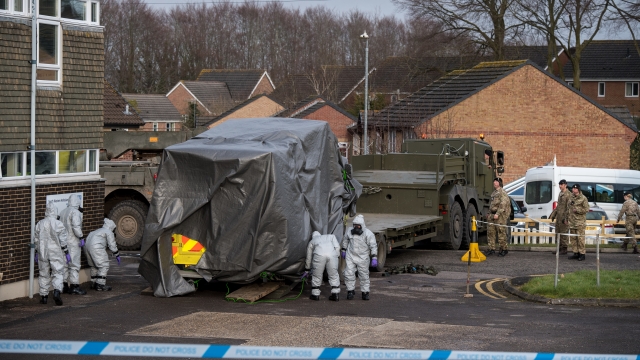 SMS
U.S. Announces New Sanctions Against Russia For Nerve Agent Attack
By LeeAnne Lowry
By LeeAnne Lowry
August 4, 2019
The sanctions, which were supposed to be imposed in November, go into effect in about two weeks.
SHOW TRANSCRIPT

The U.S. has announced a second round of sanctions against Russia for using a nerve agent to try to assassinate former Russian spy Sergei Skripal.

That deadline passed last November. Bipartisan lawmakers sent the president a letter last week saying that failure to impose the required sanctions "is unacceptable and would necessitate that Congress take corrective action."

The U.S. Department of State said in a statement Friday that the new sanctions mean U.S. banking services aren't allowed to lend to Russia, and Russia isn't allowed to buy American products for making chemical and biological weapons. The sanctions go into effect in about two weeks, and will last for a year.