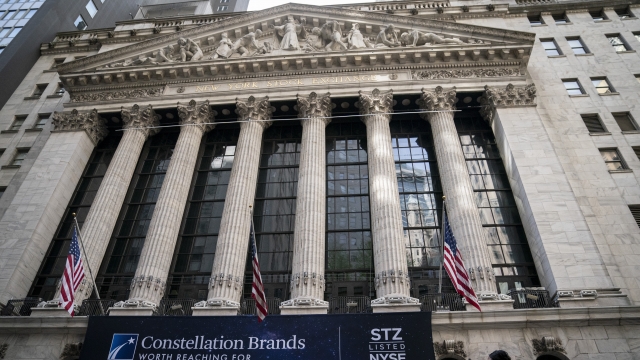 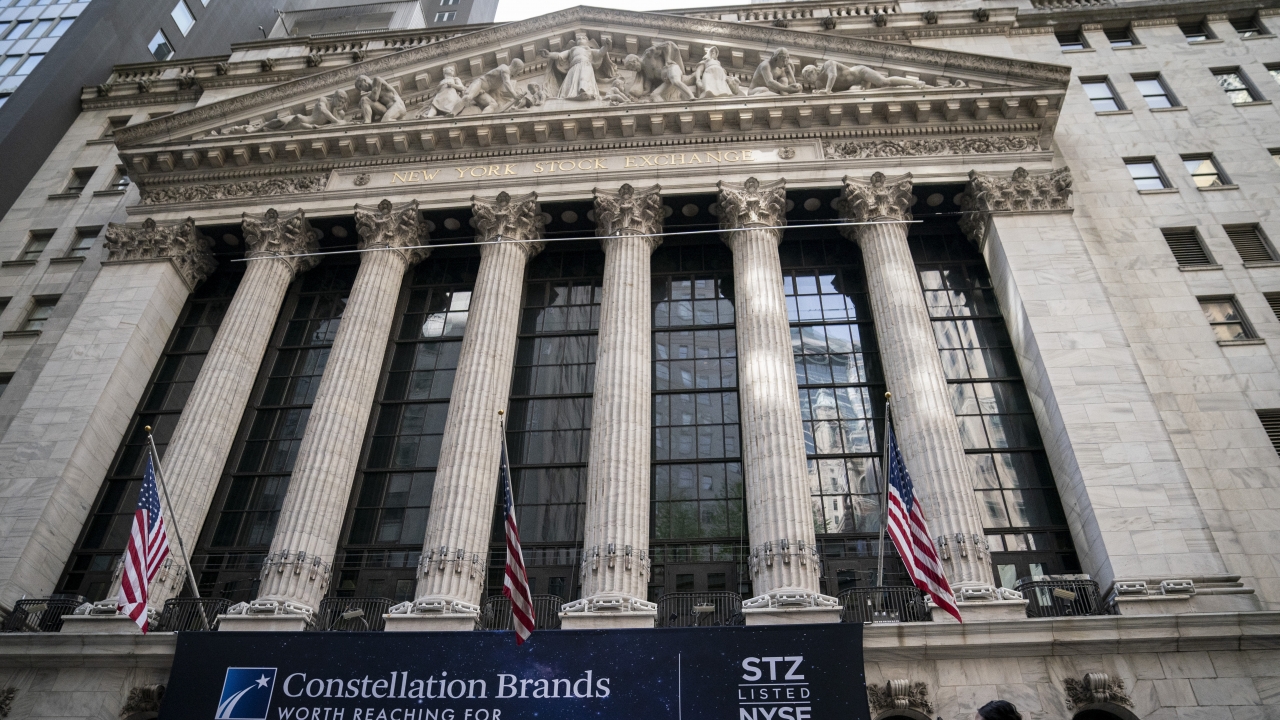 Stocks fell broadly in midday trading on Wall Street Tuesday ahead of a key decision on interest rates by the Federal Reserve.

The S&P 500 index fell 1% as of 11:46 a.m. Eastern. More than 90% of stocks and every sector in the benchmark index lost ground as traders wait to see how far the Fed will raise interest rates at its meeting that ends Wednesday.

Bond yields edged higher. The yield on the 2-year Treasury, which tends to follow expectations for Fed action, rose to 3.97% from 3.95% late Monday and is hovering around its highest levels since 2007.

Stocks have been slumping and Treasury yields rising as the Fed raises the cost of borrowing money in hopes of slowing down the hottest inflation in four decades. The central bank's aggressive rate hikes have been making markets jittery, especially as Fed officials assert their determination to keep raising rates until they are sure inflation is coming under control.

Fed Chair Jerome Powell bluntly warned in a speech last month that the rate hikes would "bring some pain."

"He has done everything he possibly can to signal that it's going to be another aggressive move," said Liz Young, head of investment strategy at SoFi. "He's been clear as a bell about what they've been focused on." 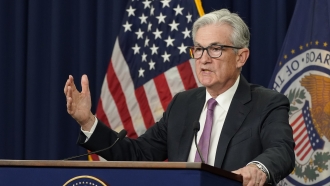 The Fed is expected to raise its key short-term rate by a substantial three-quarters of a point for the third time at its meeting on Wednesday. That would lift its benchmark rate, which affects many consumer and business loans, to a range of 3% to 3.25%, the highest level in 14 years, and up from zero at the start of the year.

Wall Street is worried that the rate hikes could go too far in slowing economic growth and push the economy into a recession. Those concerns have been heightened by data showing that the U.S. economy is already slowing and by companies warning about the impact of inflation and supply chain problems to their operations.

Ford fell 9.6% after slashing its third-quarter earnings forecast because a parts shortage will leave it with as many as 45,000 vehicles unfinished on its lots when the quarter ends Sept. 30. Last week, FedEx and General Electric warned investors about damage to their operations from inflation.

The U.S. isn't alone in suffering from hot inflation or dealing with the impact of efforts to fight high prices.

Sweden's central bank on Tuesday raised its key interest rate by a full percentage point to 1.75%, catching almost everyone off guard as it scrambles to bring down inflation that was measured at 9% in August.

Consumer inflation in Japan jumped in August to 3%, its highest level since November 1991 but well below the 8% plus readings in the U.S. and Europe. The Bank of Japan is set to have a two-day monetary policy meeting later this week, although analysts expect the central bank to stick to its easy monetary policy.

Min Joo Kang, senior economist, South Korea and Japan, at ING Economics noted inflation remained relatively low in Japan. Energy prices were rising, but not as much as in the U.S. or some parts of Europe. Housing prices haven't risen and household income have remained stagnant.

Rate decisions from Norway, Switzerland and the Bank of England are next.

Markets in Europe were mostly lower, while markets in Asia gained ground