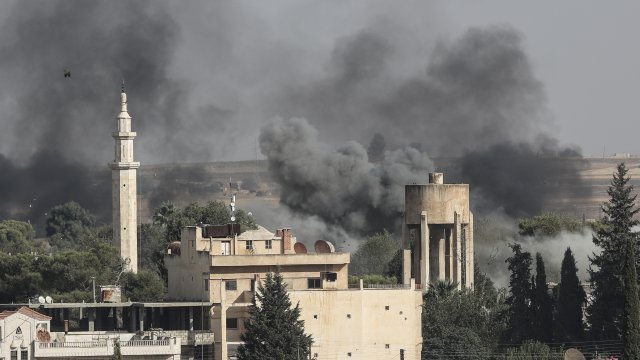 U.S. troops have once again started launching large-scale operations against ISIS in Syria.

Military officials confirmed the new operations in a statement released over the weekend. They started with a clearance mission in eastern Syria Friday, saying it resulted in multiple ISIS casualties.

On Saturday, the head of U.S. Central Command told reporters: "Over the next days and weeks, the pace will pick back up against remnants of ISIS."

The news came nearly two months after the Trump administration unexpectedly announced American troops were pulling out of northern Syria. The decision left U.S.-backed Kurdish fighters along the Syria border to fend for themselves against a bloody Turkish offensive — despite having been the U.S.'s most reliable partner in fighting ISIS in that corner of Syria.