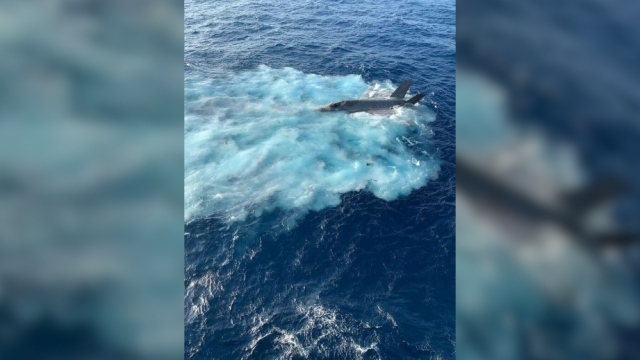 SMS
U.S. Navy Trying To Find Wreckage That Fell Into South China Sea
By Sasha Ingber
By Sasha Ingber
February 4, 2022
The F-35C fighter jet crashed on Jan. 24 during a routine mission as it was landing.

The U.S. Navy is trying to get to the wreckage of a $100 million dollar fighter jet from the depths of the sea.

The F-35C fighter jet crashed on Jan. 24 during a routine mission as it was landing. It fell off the deck into the South China Sea.

Seven sailors, including the pilot, were injured but are in stable condition.

Newsy's Sasha Ingber reports that China has said this is not the first accident they have seen in the area and that the country has no interest in collecting the wreckage. However, a source in the intelligence community told Ingber that of course China is interested in the wreckage and that the country will use it as propaganda, as they already have, to say the U.S. is making the South China Sea unsafe.