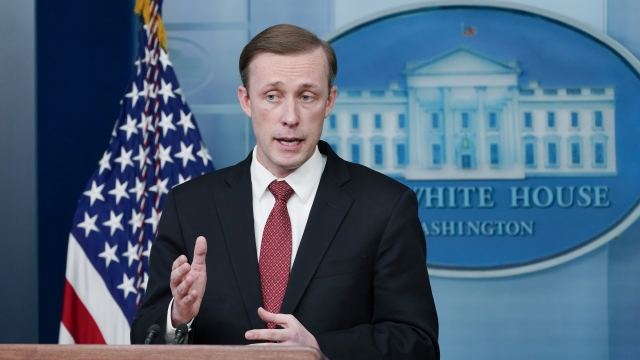 Newsy has learned that a U.S. government letter to the United Nations says that Russia is compiling a list of people to kill or send to camps, once troops gathered at the border invade and occupy Ukraine. And retired Ukrainian Security Service Col. Roman Kostenko tells Newsy he's a prime target.

"I will be on the top place in this list," he said.

The letter was first reported by the Washington Post, and warns of fears of "widespread human suffering." It says Russia would "likely" target Kremlin critics, dissidents in exile, journalists, minorities, and members of the LGBTQ community.

Kostenko is famous in Ukraine for being a so-called "cyborg," part of a group of Ukrainian fighters who defended the Donetsk airport after Russia invaded in 2014. They were under constant attack, lost men, and saw the complex demolished through combat and they became national heroes for defending it, symbolizing a new fighting spirit for Ukrainians, even though they eventually lost the grounds.

Now, Kostenko is a parliamentarian and the secretary of a committee on national security, defense and intelligence.

"I protect our country and prepare a return on our territory and the Ukrainian flag," he said.

Russian officials have rejected Western claims that they've made any preparations to invade. Putin has ordered in "peacekeeping" troops. But national security advisor Jake Sullivan says the size and scope of what the U.S. intelligence community believes the Russians are planning will be extremely violent.

"We also have intelligence to suggest that there will be an even greater form of brutality because this will not simply be some conventional war between two armies," Sullivan said. "It will be a war waged by Russia on the Ukrainian people, to repress them, to crush them, to harm them."

Ukraine's leaders have been urging the West to start imposing sanctions on Russia and some Russia experts, including a former U.S. ambassador to Russia, believe Putin's order for "peacekeeping" troops is just a technicality — that it signals that the invasion has already begun.