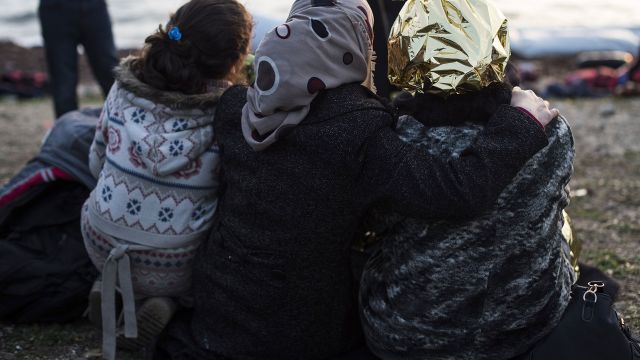 The United States has officially achieved President Barack Obama's goal of accepting 10,000 Syrian refugees in fiscal year 2016 with more than a month to spare.

That's a dramatic increase from the 1,500 Syrian refugees admitted last year. Alice Wells, U.S. Ambassador to Jordan, told CNN the figures are "a floor, not a ceiling." More than 4.8 million Syrian refugees have been displaced since the beginning of the Syrian civil war in 2011.

National Security Advisor Susan Rice said in a statement the Obama Administration is on track to meet its goal of welcoming 85,000 refugees from various other countries in need, as well.

All refugees must undergo extensive background checks by the departments of State and Homeland Security and several U.S. intelligence agencies, and Syrian refugees receive additional vetting. But not everyone is excited to hear about this milestone.

Former presidential candidate Scott Walker told Wisconsin Public Radio last year, "We shouldn't be taking on any more Syrian refugees right now." He went on to say the administration should instead focus on taking out ISIS.

Syrian refugees have continued to be a hot topic on the presidential campaign trail. Republican nominee Donald Trump has called for a complete ban on Muslim immigrants.

"We have to stop the tremendous flow of Syrian refugees into the United States — we don't know who they are, they have no documentation and we don't know what they're planning," Trump said in June.

"Turning away orphans, applying a religious test, discriminating against Muslims, slamming the door on every Syrian refugee — that is just not who we are. We are better than that. And remember, many of these refugees are fleeing the same terrorists who threaten us," Clinton said during a speech on national security.

Roughly 6,000 of the 10,000 Syrian refugees now in the United States are under the age of 18, according to the State Department.