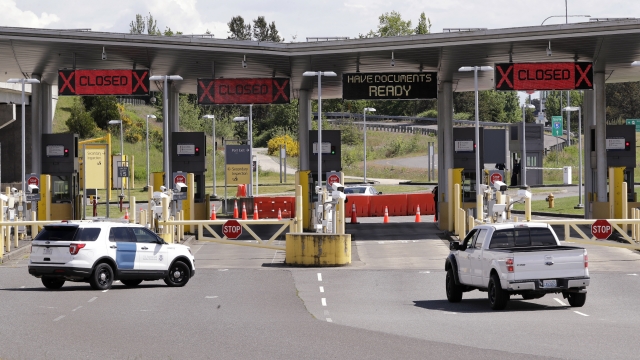 The borders will stay closed to nonessential travel until at least July 21.

The U.S. has extended travel restrictions at its borders with Canada and Mexico for another month due to COVID-19.

The countries announced on Tuesday the borders will stay closed to nonessential travel until at least July 21.

Politico reports some officials are concerned President Donald Trump will extend restrictions into the fall and blame spikes in cases on Mexico ahead of the U.S. presidential election. But Mexican officials haven't pushed for a reopening due to the high infection rate in the U.S., which has logged around 2 million more cases than Mexico.

Acting Homeland Security Secretary Chad Wolf said the goal is to protect Americans "while keeping essential trade and travel flowing as we reopen the American economy."