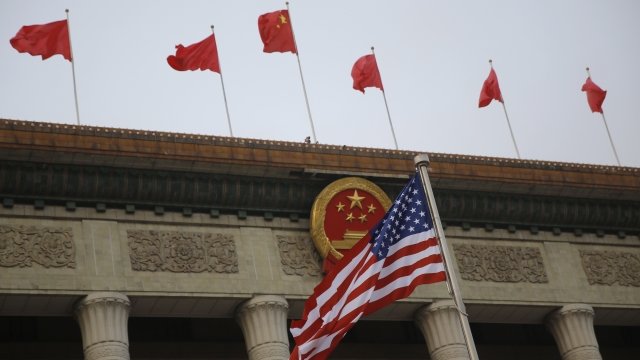 U.S. officials will visit China next week to hold trade talks, as the two countries are still engaged in a back-and-forth tariff battle.

China's Ministry of Commerce made the announcement Friday, saying the U.S. envoy will be led by Deputy Trade Representative Jeffrey Gerrish. Two meetings are scheduled to take place in Beijing starting Monday.

Tensions have been high between the two countries, though it's settled a little since President Donald Trump and Chinese President Xi Jinping agreed to a short-term trade truce on the sidelines of the G20 summit. But the truce is only good until March 1.

Some of the major issues the two countries will discuss include a trade balance and intellectual property protection. If they can't come to an agreement by the March deadline, the U.S. will hike tariffs on some Chinese goods up to 25 percent.

The meetings announcement also comes on the heels of the U.S. State Department issuing a new travel warning for China amid the arrest of a Chinese tech executive who faces extradition to the U.S for possible violations of trade sanctions on Iran.