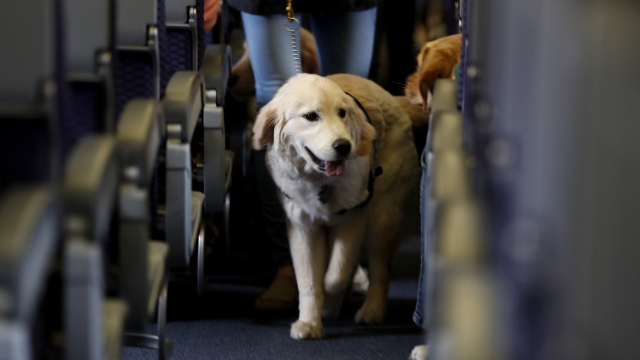 The government is tightening its rules for service animals on airplanes.

The Department of Transportation previously said airlines could not prevent any person from bringing their emotional support animal on a plane for free – no matter what type of animal it is.

But the department now strictly defines a service animal as a dog and says emotional support animals are not to be considered as service animals – which means airlines could end up banning them.