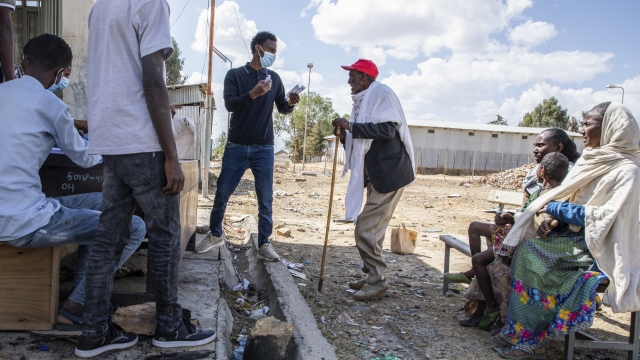 After months of conflict in Ethiopia, the United States is putting new pressure on neighboring African nations and other countries to help put an end to the turmoil there.

Over the weekend, U.S. Secretary of State Antony Blinken issued a statement strongly condemning killings, displacements, sexual assaults, and other human rights violations reported in the Ethiopian region of Tigray.

Ethiopian officials and allied militia fighters are accused of leading a systematic ethnic cleansing in Tigray in a fight for control of the region in northern Ethiopia.

Thousands of people are said to have died from attacks, lack of food and unchecked disease.

Blinken called for the withdrawal of regional forces, an international investigation into human rights violations and for the 55-nation African Union to help diffuse the situation.

Ethiopia has denied allegations and, on Sunday, told the U.S. *not to get involved in its internal affairs.

Additional reporting by Andrew Meldrum of the Associated Press.