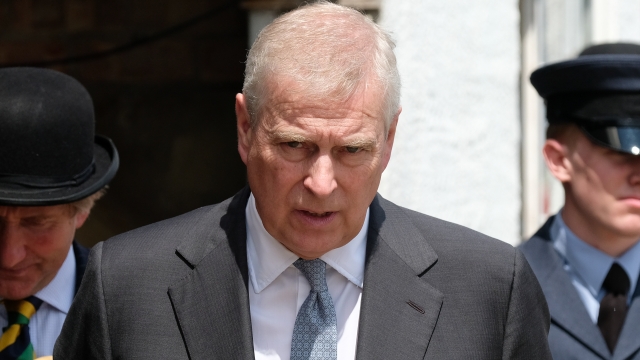 A U.S. federal prosecutor said Prince Andrew has failed to cooperate with authorities in their ongoing probe into convicted sex offender Jeffrey Epstein.

Andrew announced last year he was stepping back from his royal duties, as his "former association with ... Epstein [had] become a major disruption to [his] family's work." He also said he would be "willing to help any appropriate law enforcement agency" with investigations, if asked.

During a news conference on Monday, Manhattan U.S. Attorney Geoffrey Berman said because the prince had publicly "offered to cooperate with law enforcement ... it's fair for people to know whether Prince Andrew has followed through with that ... commitment."

"So let me say that the Southern District of New York and the FBI have contacted Prince Andrew's attorneys and requested to interview Prince Andrew, and to date Prince Andrew has provided zero cooperation," Berman said.

One of Epstein's accusers alleged in a 2015 court filing that Epstein forced her to have sex with men – including Prince Andrew – while she was a minor. Andrew told the BBC in November he "has no recollection" of the woman and denied that they'd ever met. He also suggested a photo appearing to show him with his hand around the accuser's waist back in 2001 may have been doctored.

Epstein killed himself last year while awaiting trial on federal charges on the sex trafficking of minors. Berman said despite Epstein's death, the investigation into him and any involved conspirators was still "moving forward," adding that Epstein "couldn't have done what he did without the assistance of others."