U.S. And China Resume Trade Talks In Shanghai This Week 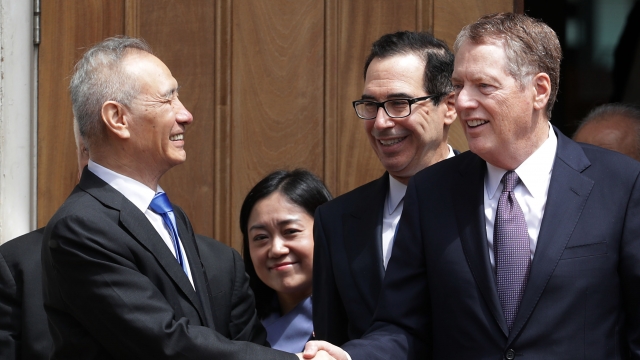 The U.S. and China will kick off a new round of high-level trade negotiations in Shanghai this week.

The White House press secretary Stephanie Grisham confirmed the upcoming talks in a statement on July 24.

She said U.S. Trade Representative Robert Lighthizer and Treasury Secretary Steven Mnuchin will travel to China for the discussions, which will begin Tuesday. Vice Premier Liu He will lead the negotiations for China.

The U.S. and China last held face-to-face talks when presidents Donald Trump and Xi Jinping met at the Group of 20 Summit in Japan last month.

After the summit, President Trump told reporters negotiations aimed at ending the trade war between the U.S. and China were "back on track."

But Secretary Mnuchin told CNBC last week there are "a lot of issues" that need to be addressed, and he expects these talks to be followed by a meeting back in Washington.