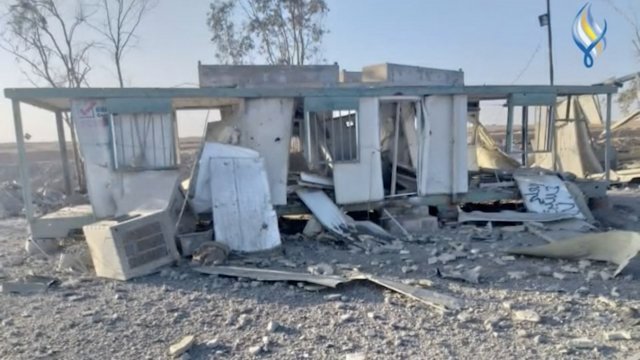 The deadly strike against Iran-backed militias in Syria was a response to a recent rocket attack on a U.S. base in Iraq.

The Pentagon says the deadly strike was in retaliation for increased rocket attacks on U.S. forces in Iraq.

"We're confident and in the target that we went after, we know what we hit," said U.S. Defense Secretary Lloyd Austin.

But analysts say the strike was also meant as a warning to Iran.

"To sort of say to the Iranians, we can talk, but we can still confront you at the same time," said Alex Vatanka, director of the Iran program at the Middle East Institute.

A warning, but also a calculated show of restraint as Washington and Tehran start negotiations on Iran's nuclear program.

The White House wants to renegotiate the 2015 deal, which lifted U.S. sanctions on Iran in exchange for restrictions on its nuclear program.

The Trump administration pulled out of the agreement three years ago.

Today, Iran is getting closer to producing a nuclear bomb and growing more assertive in the region, pushing President Biden to broker a better deal.

"He is under some pressure to try to get the Iranians to agree to limit some of their militia and other activities, both in Iraq, Syria and Yemen," said Schwartz.

It's unclear whether the U.S. strike will complicate the already-fragile process. Iran has been noticeably silent on the bombing.

President Biden offered last week to start direct talks with all sides. A meeting could reportedly happen as soon as next month.