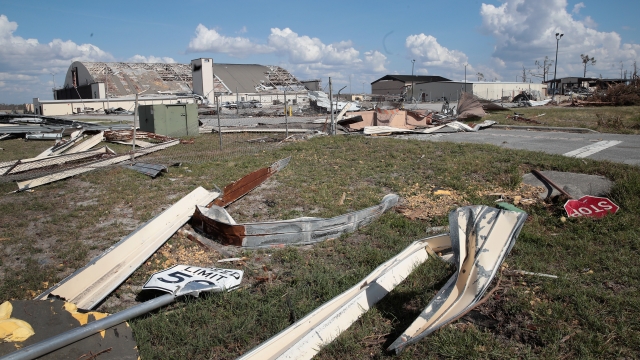 The U.S. Air Force says it will need nearly $5 billion to rebuild two of its air bases after they were hit by natural disasters.

The Air Force is asking Congress for $1.2 billion in additional funding for fiscal year 2019 and $3.7 billion in the next two years. At an event Wednesday at the Heritage Foundation, Air Force Secretary Heather Wilson said so far they've had to take money from other accounts to reduce additional damage and recover from the disaster that hit Tyndall.

"This storm, if we don't get a supplemental, is going to affect the rest of the Air Force and our ability to operate," Wilson said. "We desperately need the supplemental to recover from the natural disaster that hammered Tyndall and Offutt."

She added that because the Air Force is taking money from other accounts, 61 projects in 18 states would not happen if the supplemental funding doesn't get approved.

It's up to Congress to approve the additional funding requests.