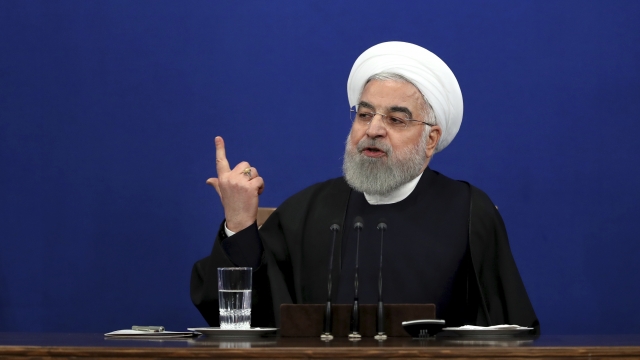 SMS
U.N. Watchdog: Iran Has Nearly Tripled Uranium Supply Since November
By Bailey Vogt
By Bailey Vogt
March 3, 2020
That's potentially enough to produce a nuclear weapon, though Iran has long said it doesn't want to do that.
SHOW TRANSCRIPT

The Associated Press saw a confidential report from the International Atomic Energy Agency that was delivered to member countries. It reportedly said Iran has increased its supply from about 800 pounds on Nov. 3 to over a ton now.

While Iran says it doesn't want to build a nuclear weapon, the AP says that amount could be nearly enough to do so.

Per the nuclear deal it signed in 2015, Iran is only allowed to have about about 450 pounds of enriched uranium. However, it's been violating that deal ever since President Trump pulled the U.S. out of it in 2018.

Iran has said it hopes these violations will convince the remaining signees to make more economic deals to counteract American sanctions.