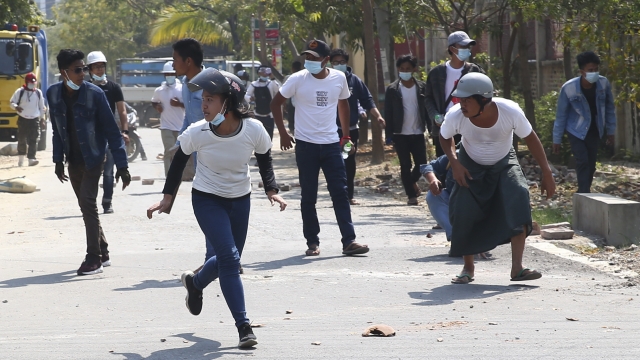 Another violent weekend in Myanmar...the deadliest yet as pro-democracy demonstrators continue to push back against a military coup.

Sunday marked the deadliest day of opposition to Myanmar's military, who seized power from democratically elected officials February 1st. Another 30 people were injured.

The U.N. Human Rights Official said: “We strongly condemn the escalating violence against protests in Myanmar and call on the military to immediately halt the use of force against peaceful protesters,”

An independent political prisoner organization says over 1,000 people have been arrested. Eight people had previously been killed before Sunday's demonstrations.