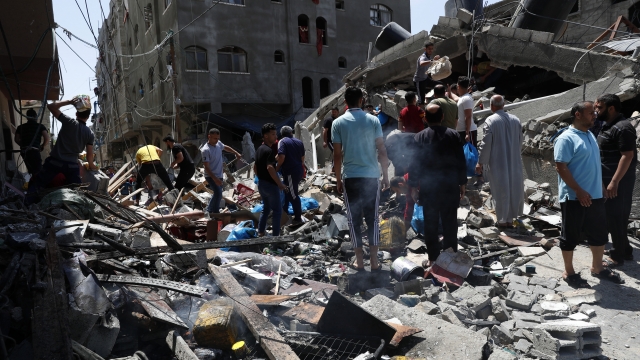 The U.N. secretary general and others are calling for a ceasefire during a battle of rocket fire between Israel and Hamas, as civilians – mostly Palestinian – pay the price.

Israel's prime minister has said every country has a right to defend itself. But a Palestinian official pushed back on that reasoning for the assault.

Palestinian Authority Foreign Minister Riyad Al-Malki said: "Israel would ask you, 'What would you have done if missiles were targeting your cities?' But Israel forgets that its occupation is the root cause of the violence."