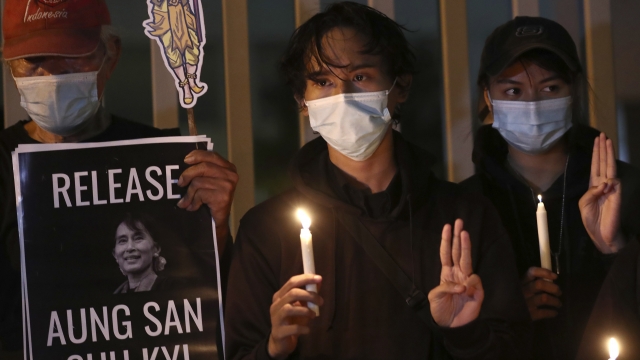 More dead in Myanmar: Demonstrators shot and killed by security forces during a protest against the military coup.

Now the U.N. Security Council has launched an appeal for forces to stop using lethal force.

The U.N. also says there's growing evidence of crimes against humanity in Myanmar since the coup on Feb. 1.

Meanwhile, the military forces who launched the coup are accusing government leader Aung San Suu Kyi of being illegally given $600,000 in gold bars by a government ally at a cheaper price.

The military leaders didn't provide any evidence to back up those claims.