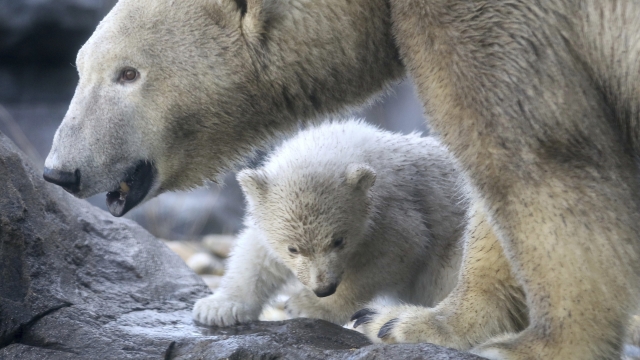 SMS
U.N. Climate Change Report Warns Of Mass Animal Extinctions
By Scott Withers
By Scott Withers
March 8, 2022
The report predicts tens of thousands of species of animals could go extinct by 2035 due to warming temperatures and rising sea levels.

One of the biggest concerns highlighted in the United Nation's recent climate report was the risk of mass extinction of animals. One of the animals most at risk — polar bears.

The report predicts if we meet our goal — keeping global warming at 1.5 degrees Celsius — then 14% of species on the planet will go extinct.

Predictions gradually get worse if we miss that goal. At two degrees Celsius, animals like polar bears, penguins and seals will be at serious threat of extinction. 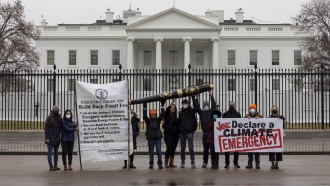 The sea ice these animals live and thrive on is melting very quickly with parts of ice buildup in the Arctic reaching record lows.

Scott Carter is the head of life sciences at the Detroit Zoological Society and he says without the ice, the future for these species is grim.

"The time when these land-locked bears have the chance to go out from the packed ice and hunt — which is the only time they get to eat — is getting shorter and shorter," he said. "Obviously that's keeping bears from getting to their food."

The U.N. climate report predicts most of that sea ice in the Arctic Ocean will melt by 2035 — leading to a complete lack of ice in the Summer season.

Since polar bears, penguins and other animals won't have places to hunt, they'll move inland into parts of Alaska and Canada. That could lead to fierce competition for food among tens of thousands of species of animals that could go extinct in the next 13 years.