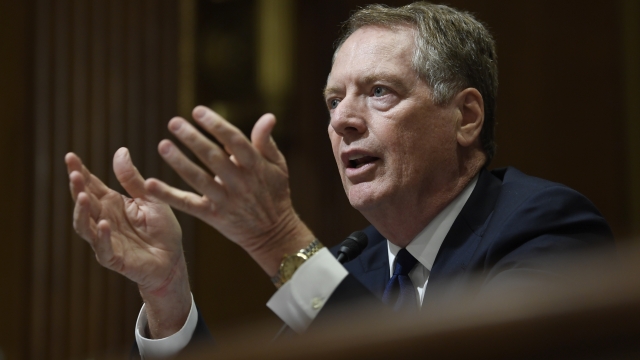 SMS
U.K. To Start Post-Brexit Trade Talks With The U.S.
By Katherine Biek
By Katherine Biek
May 5, 2020
The discussions are being conducted via videoconference because of the coronavirus pandemic.
SHOW TRANSCRIPT

The first round of post-Brexit trade talks between the U.K. and the U.S. are scheduled to start Tuesday.

The discussions are being conducted via videoconference because of the coronavirus pandemic. Each side will reportedly have roughly 100 negotiators.

The U.K. officially left the European Union on Jan. 31 of this year — allowing British officials to strike trade deals with other countries.

Pharmaceuticals and food safety regulations are expected to be two potential hot-button issues during its negotiations with the U.S.

Reuters reports the Trump administration will also push to "shift supply chains back to the United States and away from China." The U.K., meanwhile, wants both sides to cut auto tariffs and boost trade in services.

This first round of trade talks is scheduled to last two weeks and additional rounds will then take place every six weeks. Terms of a trade agreement will continue to be hashed out over videoconference until it's deemed safe to travel again.