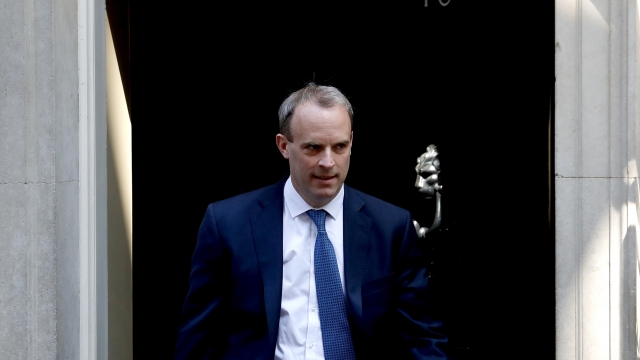 The U.K. will also ban the export of potentially lethal weapons and equipment to Hong Kong.

The United Kingdom suspended its extradition agreement with Hong Kong on Monday over a controversial Chinese national security law.

British Foreign Secretary Dominic Raab called the move "reasonable and proportionate." He said the new law has "significantly changed key assumptions underpinning our extradition treaty arrangements with Hong Kong." He warned the U.K. won't "reactivate" the treaty without "clear and robust safeguards" that prevent extradition from the U.K. "being misused".

The new law was implemented July 1 and gives China more power over Hong Kong. Critics say it goes against the city's "one country, two systems" agreement with Beijing, while the Chinese government says the law is necessary to curb unrest.

The U.K. also extended its arms embargo on China to the city of Hong Kong. That means British companies can't sell anyone in Hong Kong potentially lethal weapons and equipment, which the U.K. government worries could be used to repress residents' rights.