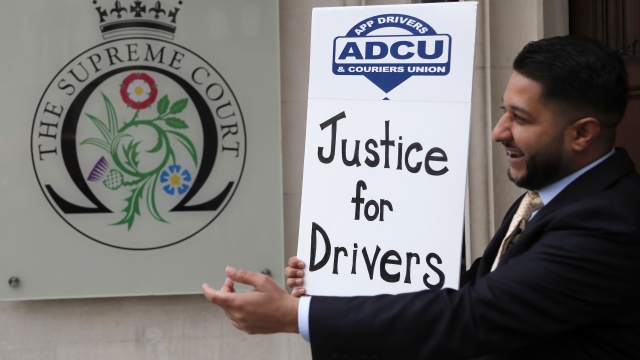 The decision could have ripple effects across the ride-share industry and threaten its business model.

A major decision of from the U.K. Supreme Court: It ruled Uber drivers are should be classified as workers and not as self-employed.

The decision could have ripple effects across the ride-share industry and threaten its business model.

The judges agreed with a lower court ruling that found two Uber drivers were workers under British law, entitling them to benefits like paid holidays and minimum wage.

Uber had argued they were independent contractors.

Similar battles are happening in several states in the U.S.