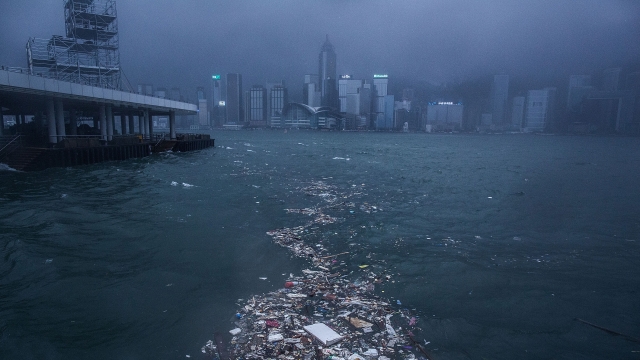 A major Chinese city shut down and others are on red alert thanks to a typhoon.

Schools and the stock market closed, and most transportation shut down in anticipation of Typhoon Nida hitting Hong Kong on Tuesday.

The typhoon was expected to be the strongest typhoon the region had experienced since 1983.

It produced wind gusts of 90 miles per hour and dumped several inches of rain on the city.

Luckily, no major damage or casualties have been reported.

The Hong Kong Observatory downgraded the typhoon to a tropical storm on Tuesday around noon. The storm is now slowly moving inland.