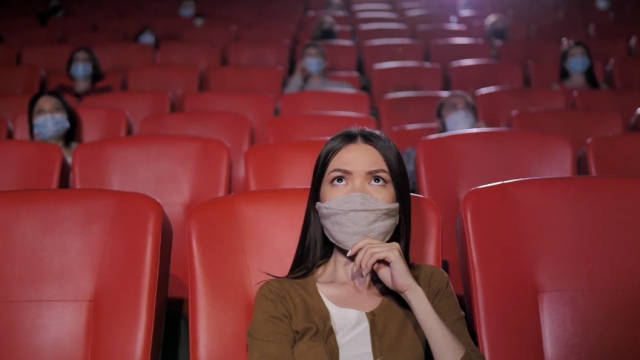 After Regal Cinemas' decision to temporarily close, it's clear that movie theaters are still struggling to keep their doors open during the pandemic. As social distancing measures continue, the National Association of Theatre Owners says the industry needs two things to stay afloat: new releases and federal support.

Patrick Corcoran, a spokesman for the National Association of Theatre Owners: "We need the studios to sort of understand that there's never going to be a perfect market as long as we've got COVID-19 out there. And even with that, we are going to need help from the federal government."

The association's "Save Your Cinema" movement calls on Congress to provide financial relief to cover existing expenses. The industry employs more than 150,000 people, and though some theaters began reopening in August, it was at lower, socially-distanced capacities with fewer hours for workers and very few new movies to reel in audiences.

At the same time, health experts are still warning consumers about the uncertainties of crowds and enclosed spaces. And states like New York haven't yet lifted their lockdowns on theaters.

Corcoran said, "We're looking right now at the possibility of about two-thirds of movie theaters having to close in the next few months. It won't necessarily be permanent, but they will probably have to lay off workers. They will quite possibly have to reorganize financially. Some may go out of business." 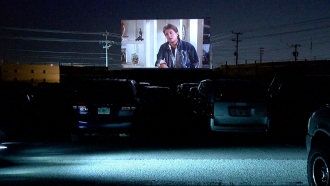 Corcoran: "We can say all we want that we're open and that we've got these safety protocols. But if there's no movies, people aren't going to pay attention."

Films like Disney's "Mulan" went straight-to-streaming this summer, while other titles like Warner Bros.' sci-fi epic "Dune" was pushed back almost an entire year from December 2020 to October 2021. The latest blow to theaters: delaying the release of a new James Bond movie …. for the second time …. to the spring of 2021.

"If a year from now, we've lost a lot of theaters or lost a lot of audience, it's not going to be good for those movies that they're holding back. So if everybody can just take a little bit of pain right now, then things will be better down the line," Corcoran said.