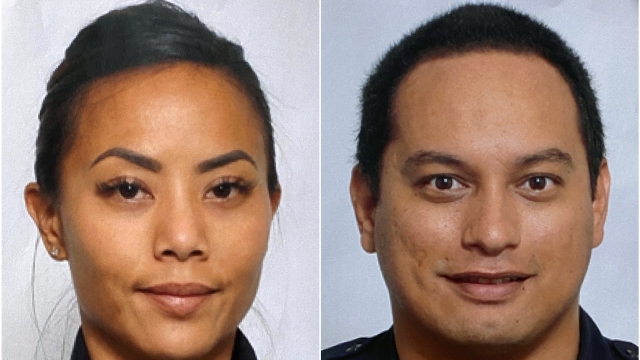 "Our deepest condolences go out to the families of officers Tiffany Enriquez and Kaulike Kalama."

Two police officers were killed in a shooting in Honolulu Sunday morning while responding to a 911 call.

Authorities say the call came from a residence near the popular tourist destination Diamond Head State Monument. Responding officers found a woman who had been stabbed in the leg.

Authorities say three officers were walking toward the residence when a suspect opened fire, striking Enriquez. When another group of officers tried to approach the house, Kalama was struck.

As more officers arrived on scene, authorities say thick black smoke began to come from the home, with flames quickly engulfing the residence and several other nearby homes.

Police identified the suspect as Jerry Hanel, a man in his 60s who had prior run-ins with law enforcement and neighbors.

Authorities say an active search is underway until they confirm that the suspect’s remains, along with two women who are believed to have been in the residence at the time of the fire, are found.