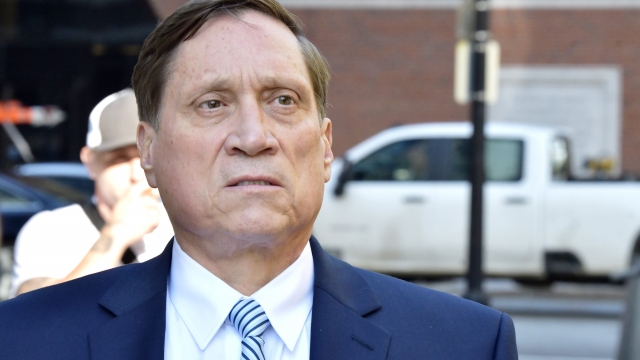 SMS
2 Parents Convicted In College Admissions Scandal
By Axel Turcios
By Axel Turcios
October 8, 2021
A former Staples executive and a former casino executive are the first defendants to stand trial in the sweeping operation known as "Varsity Blues."
SHOW TRANSCRIPT

A former Staples executive and a former casino executive were found guilty of buying their kids' way into prestigious colleges as athletic recruits.

John Wilson and Gamal Abdelaziz are the first defendants to stand trial in the sweeping operation known as "Varsity Blues."

After 10 hours of jury deliberation, Abdelaziz of Las Vegas was found guilty of paying $300,000 to get his daughter into the University of Southern California as a basketball recruit even though she didn't even make it on her high school's varsity team.

Wilson, who heads a Massachusetts private equity firm, was convicted of paying $1 million to buy his twin daughters' way into Harvard and Stanford universities and an additional $220,000 to get his son designated as a USC water polo recruit.

The FBI presented calls between Rick Singer — the organizer of the operation —  and the two fathers.

In one call Wilson is heard laughing and asking: "Is there a two-for-one special? If you got twins?"

Lawyers for both defendants argued the two fathers thought they were making legitimate donations and instead blamed Singer as the admissions consultant at the center of the scandal.

Singer already pleaded guilty to several charges, including money laundering and conspiracy, and has yet to be sentenced.

Wilson and Abdelaziz will be sentenced in February.