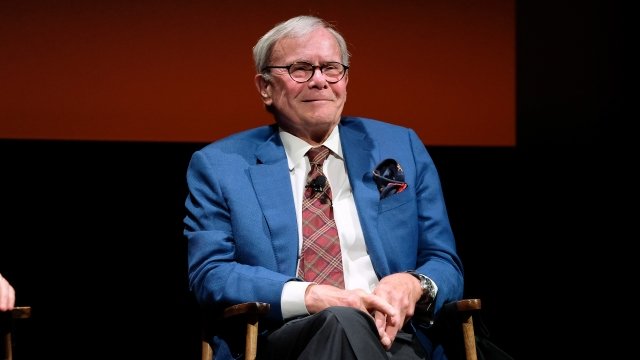 Former NBC correspondent Linda Vester said Tom Brokaw groped her and twice tried to kiss her in the '90s.

Former NBC News anchor Tom Brokaw has been accused of sexual misconduct by two of his previous colleagues.

Linda Vester, who used to work as a correspondent for the same network, told Variety that in the '90s, Brokaw groped her and twice tried to kiss her. She alleges he also showed up at her hotel room uninvited.

At the time, Vester did not report the alleged incidents to the police or NBC. She told the publication: "There was a culture at NBC News, in my experience, where women who raise questions about misconduct get labeled as troublemakers. It can torpedo your career."

The allegations are another blow to the news organization, which fired longtime "Today" host Matt Lauer back in November over accusations of "inappropriate sexual behavior in the workplace."

A Washington Post story published Thursday details new allegations against Lauer from interviews with dozens of current and former NBC staffers. The outlet also says a former production assistant, whose name wasn't released, is accusing Brokaw of making an unwanted advance toward her.

Brokaw denied both allegations. He retired as the anchor of "NBC Nightly News" in 2004, but he appeared on the network as recently as Saturday, helping cover Barbara Bush's funeral.