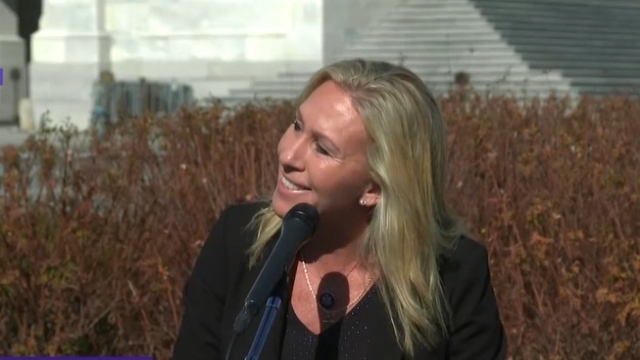 The social media network confirmed the suspension Sunday, saying the Georgia Republican repeatedly violated its COVID-19 misinformation policy. Greene's Twitter account has been restricted in the past after she shared misinformation about the 2020 presidential election.

Five or more strikes result in a "permanent suspension," according to Twitter's website.