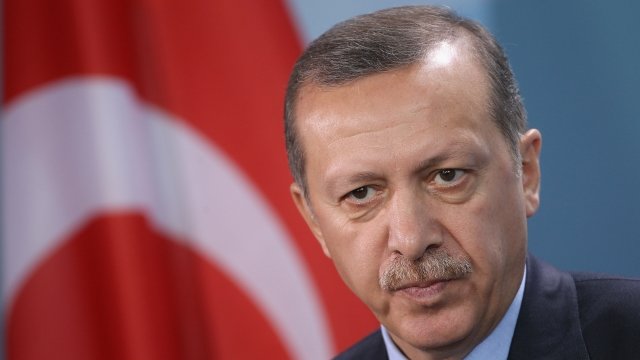 During a rally in Istanbul, President Recep Tayyip Erdogan said Turkey will conduct a series of new campaigns "until not a single terrorist is left."

During a rally in Istanbul Sunday, Erdogan said Turkey will conduct these new campaigns "until not a single terrorist is left."

Erdogan made that promise as part of his manifesto for next month's snap elections.

The June 24 vote was originally planned for next year. Analysts say Erdogan called for the earlier elections so he could capitalize on a wave of popular support, thanks to last year's economic boom and recent military operations against Kurds in Syria.

With the upcoming election comes a major change for Turkey's government. The country will switch from a parliamentary system to a presidential one, which will increase the president's power.

Erdogan says the new system will enable Turkey to "take the stage as a global power." But critics argue the change will turn the country into a de facto dictatorship.